Trevor is about to have his last soccer game this Saturday. He's been having a great time and we have seen him get better and better as the season goes on. He's awesome! 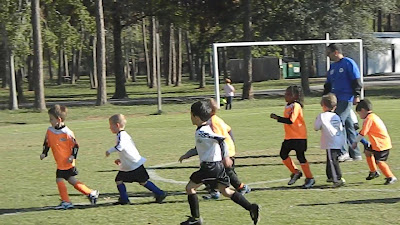 We had a preschool Halloween Party at our house. Here the boys are playing a little graphing game. Spencer likes to tag along and do all the activities too. 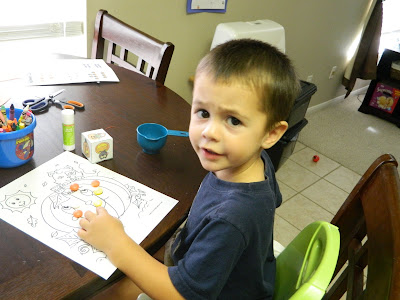 We did a Halloween Relay Race complete with ...
The Eyeball Relay 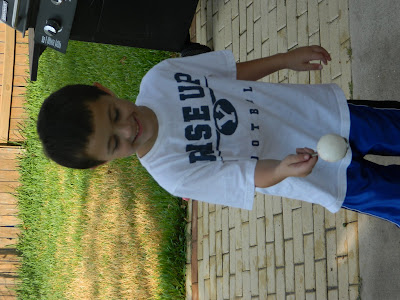 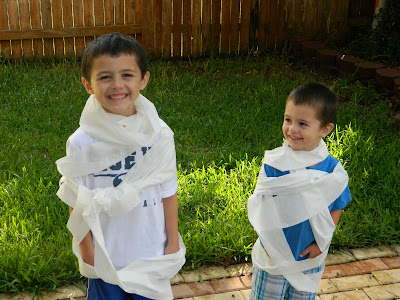 The other boys thought I was crazy for asking if they wanted to be wrapped in toilet paper. OK, so they might be right. I am crazy! But Trev and Spence are used to it, so they were game! 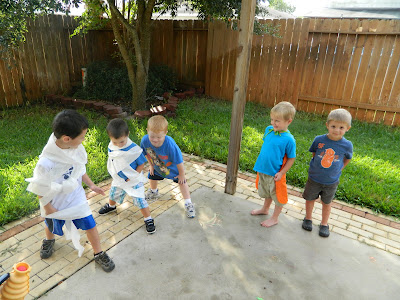 Trevor at the Ward Halloween carnival doing the Fish Pond. He was awesome BATMAN. It was actually a bit of a struggle to get him to decide on a costume. I wanted super heroes all the way because that way I could do it really easily. He wanted to be a blue ninja (who knows why?!) - but he gave in to me in the end. :) 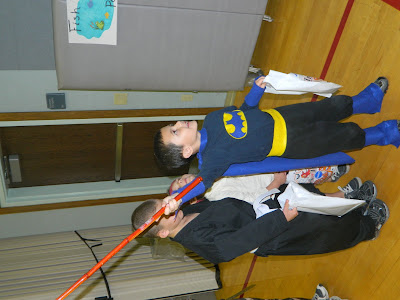 SUPERMAN! Spencer is the cutest thing I have ever seen. (I forgot to rotate the pics. Oops!) Yes, I made the costumes. Felt, velcro, and safety pins. It works! Although, for a 4yo boy running wildly around to get his hands on some candy, velcro was not very durable. It only had to last one night. 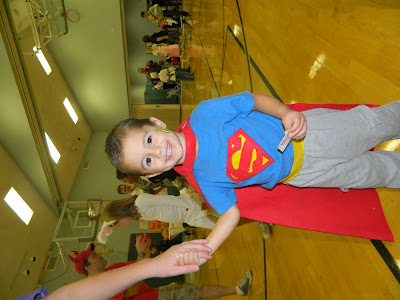 The cutest Trick Or Treaters ever! Trev and Spence with our good buddies the Piepers. Avery, Ben and Jillian were the Tangled crew. They are awesome! 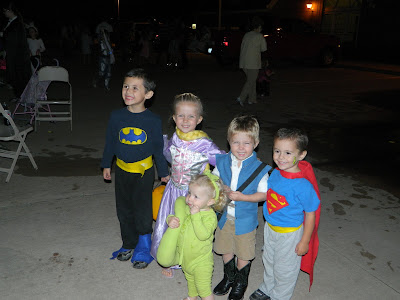 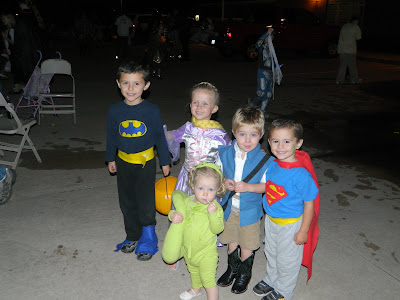 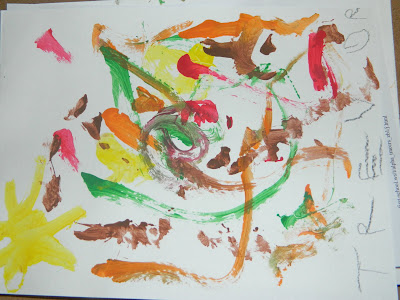 Just being little brothers. I tell you, no matter how many times I get after these two for jumping up onto the couch.... it will never cease!! But I love em. 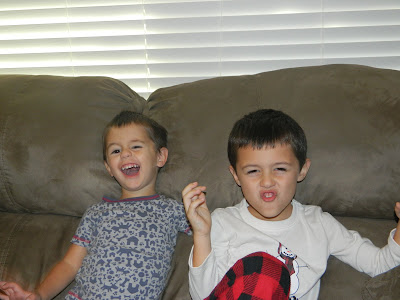 This picture is blurry. But I literally could not get him to stop long enough to get a picture almost the whole night. Every little boy should wear a costume with a cape at one Halloween. It was so cute flapping behind him as he raced for more loot. 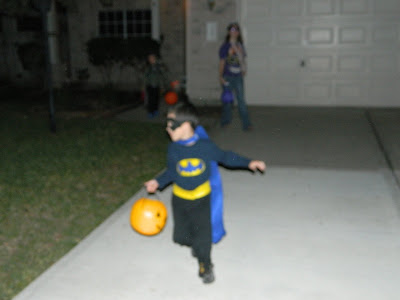 Mollie and Wyatt trick or treated with us. My boys love them! They made it lots of fun! 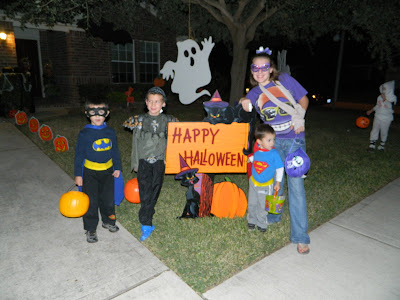 Spencer chomped down 3 lollipops in no time. I kept telling him no more and he would hold up the other 3 that he had as if he wasn't going to be done until they were all gone. 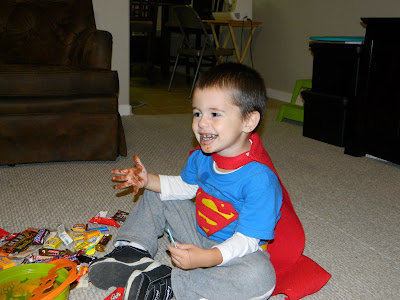 They are not as sweet as they look! But pretty close, I'll admit. 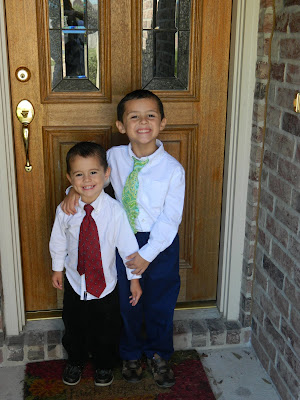 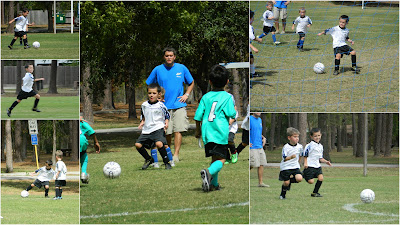 that's church basketball for ya! 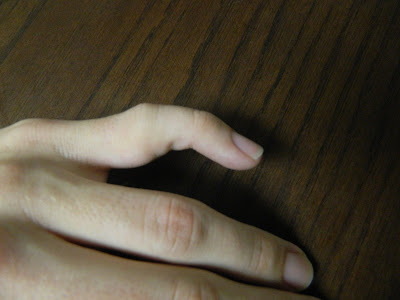 Last week we went to Humble - a little day out in the country for city slickers like us. Trevor and Spencer fed the animals, rode the little train and the ponies, and played with their friends on a huge pile of dirt. What could be more fun!?
**the pictures didn't work! so here's a slideshow of what I thought I was posting the other day!**

Trevor, Avery, and Ben on the train.

Spence on the pony. He didn't hesitate to saddle up, but when the horse stopped to stretch his legs, Spence got a little nervous.

Petting him was quite a thrill!

Feeding the sheep - Spencer got a little close with his bag and one of the sheep snatched it from him. I was lucky enough to swipe it back before he got away with it. Sneaky little things!

They had a few large playgrounds on the farm as well - lots of room for the kids to run and get dirty. When we got home I was dumping sand/dirt out of pockets and shoes and everywhere else. But the looks on those faces? No words can describe, really!

The boys were pretty curious about this guy. Who wouldn't be - he's pretty funny lookin!

Our final train ride of the day.

We were a hot, dirty mess by the end of the day, but got to take home our very own pumpkins for a souvenir.

Posted by Melissa at 6:10 AM No comments:

We had the youngest Houston cousins over for preschool yesterday. We did our preschool songs, some games, read The Very Busy Spider, ate a spidery snack, made spooky spiders, and played a lot!  I think they all had fun, and even the littlest ones wanted to be in on it. I guess I shouldn't be too surprised since they just want to do everything the older ones do. 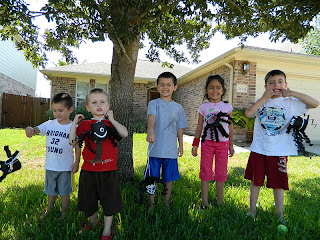 Posted by Melissa at 6:26 AM No comments:

time out with julie

It's a lot more fun than time out with Mom! We had a lot of fun with Julie here last month - a sleepover, playing at grandma's house, out to lunch and ice cream, on and on. Spencer ended up with ice cream from head to toe, literally. 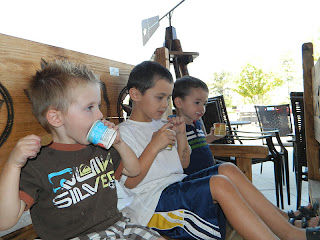 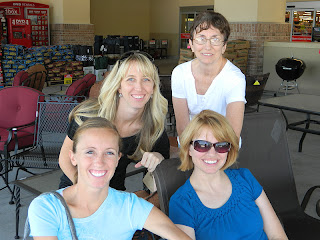 Posted by Melissa at 6:01 AM No comments: